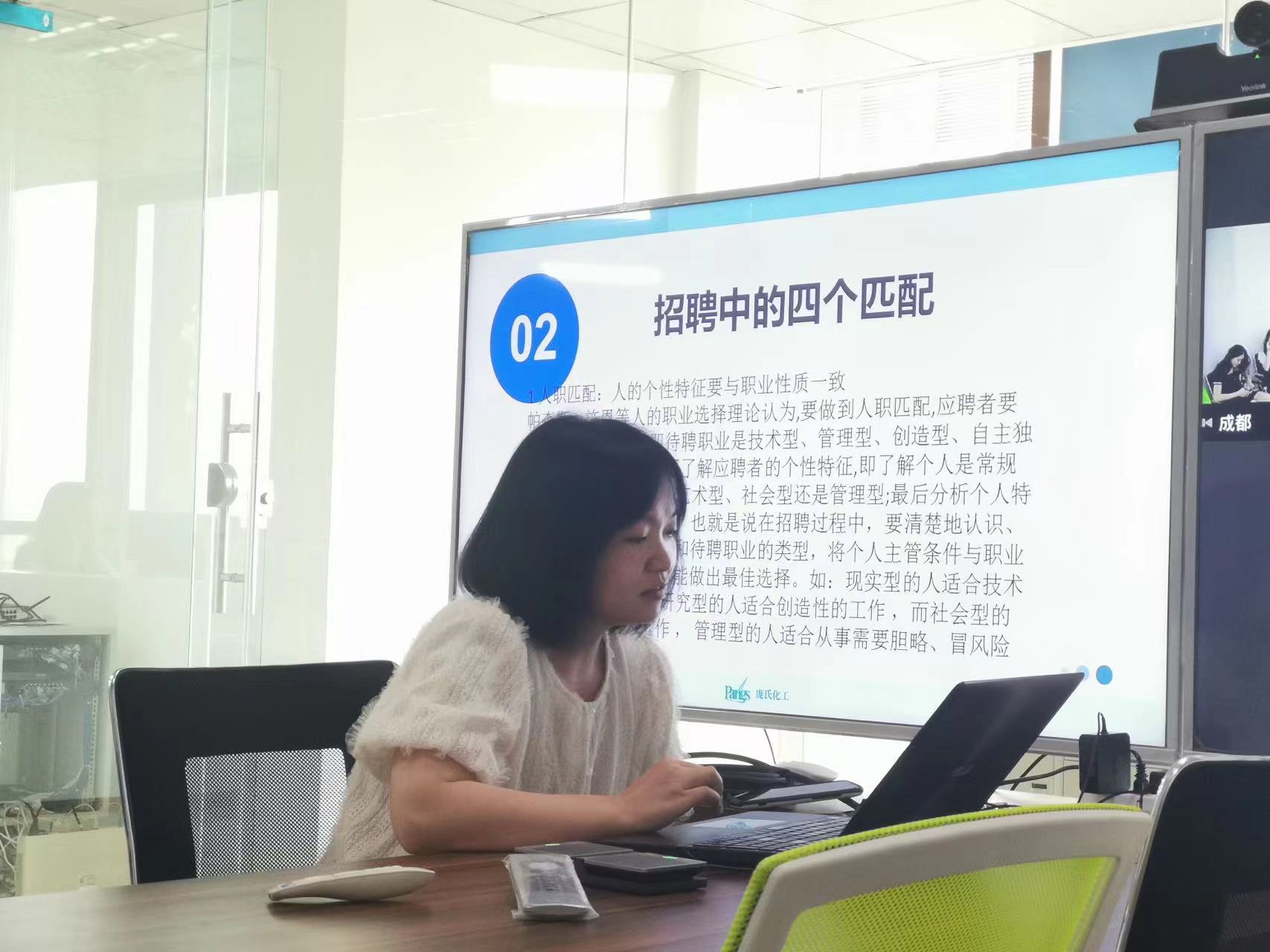 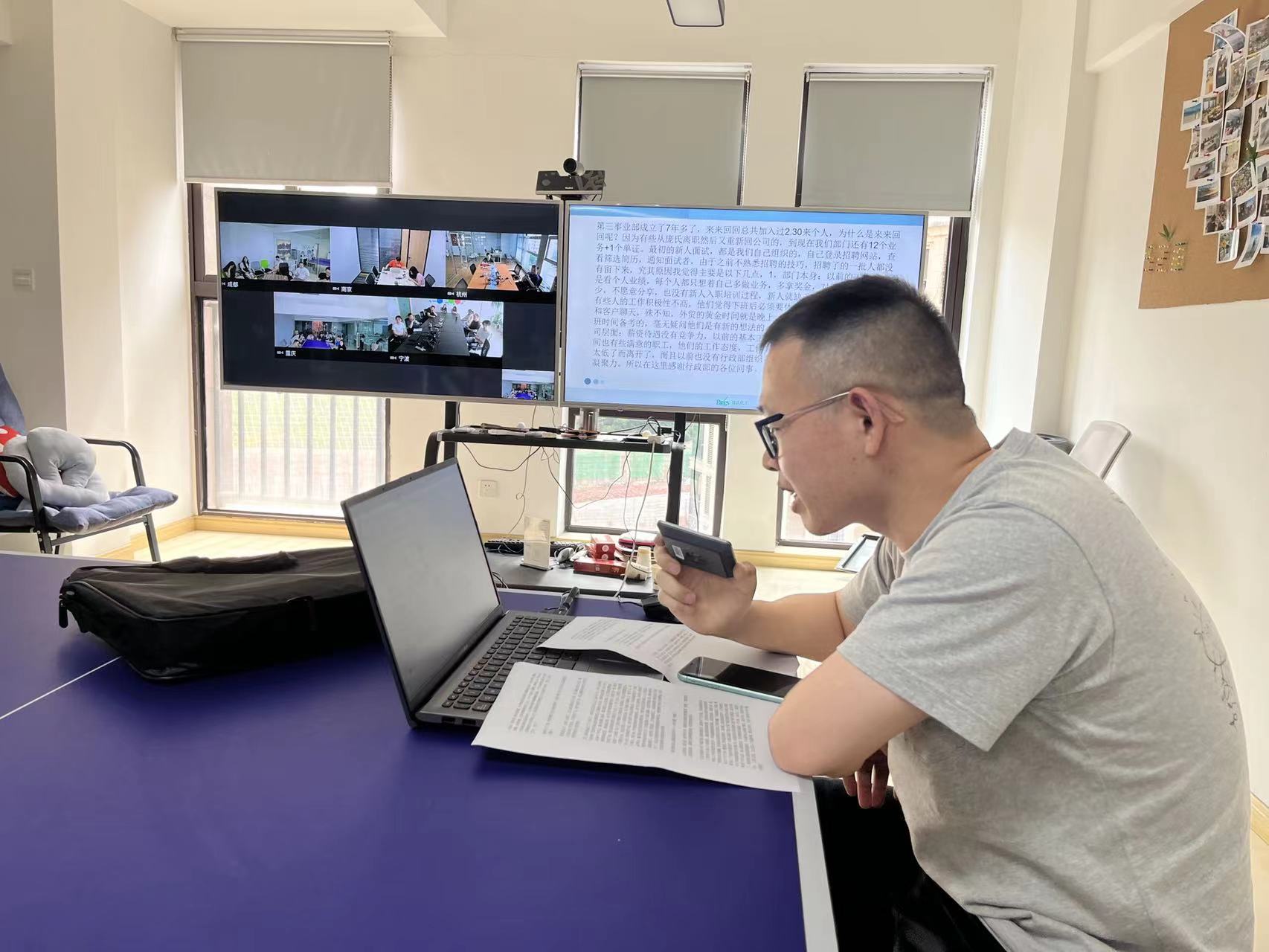 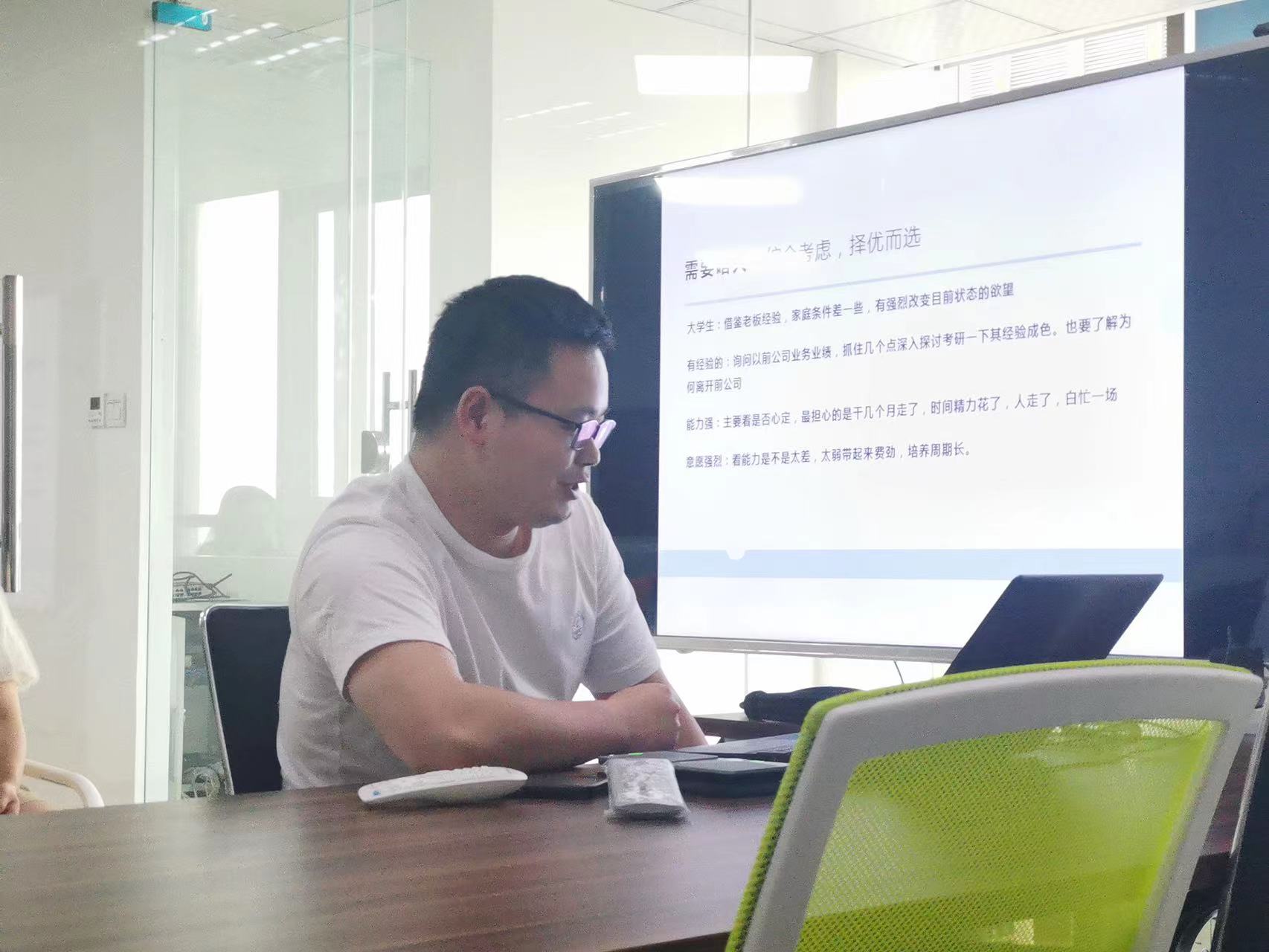 The theme of this management sharing is recruitment. Did you guess who would have been sharing? That's right, the manager from third division manager- Justin, the team leader from second division and from fourth division-Neil and Iris of each. Let's see what they have to say about recruiting!

Justin Tu, the department manager from third business department that he established for more than 7 years. He said: I have lead 20-30 employees back and forth. Why do I say “back and forth”? The reason is that some employees rejoin after leaving Pangs. Because being unfamiliar with recruiting skills before, the outstanding talents recruited did not choose to stay here for a long time. He summed up three reasons. The first reason: the cohesion problem of the department itself, so that the newcomers feel no sense of team belonging; The second reason: the employees’ own problem: they are not very motivated, they even do other things during working hours. The third one: at the company level, the salary is not competitive and they quit due to unsatisfactory treatment. In fact, the most important thing of life is just one word: Persistence. In the dark days, Justin said that he also thought to give up, but he believed that the light was ahead.

Neil Ren, the team leader of second business department, believed that what kind of person to recruit? We need to consider comprehensively and select based on the best. Simply put, according to the needs of the team, target recruiting. For example, the team starts to develop and needs to recruit person who have strong ability and can quickly get new orders. There is a certain development of the team, and for long-term development it is necessary to recruit person who has a long-term willingness to develop in this industry. Recruiting people is not the end, but the beginning. To cultivate, to help, to guide.

Iris Zhang, the team leader of fourth business department, held the thought that to recruit the person that the internal staff recommends saving time, effort, and precise positioning. But there is a certain shortcoming: the potential nepotism is not benefit to corporate management. Recruiting on the website, campus recruiting and recruitment advertisements etc. These recruit methods can attract many excellent candidates, with a wide range of choices. The disadvantage is that the recruitment cycle is too long, and a lot of human, material and financial resources need to be invested.